Last night we caught a late preview of the first 3D screening in this country of the new Superman flick. At least I was told it was the first screening but don’t quote me. Surprisingly the cinema wasn’t packed (see image below), but there was drama in politics unfolding so perhaps the return of Kevin Rudd was more significant than the return of Superman. 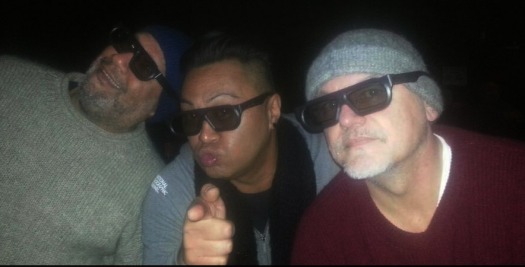 The opening sequence on the destruction of Krypton was amazing visually and set the tone for how this film used 3D. With explosions truly kept in the background of the main action, no debris ever flew toward the audience through the fourth wall. Even later as Superman flew through the air, he never invaded our space in the audience.

The art direction of his home planet was a rich cross of ancient empires and re-imagined technology, and as the background CGI captured your attention, it didn’t detract from the plot in the foreground.

The other ‘tone’ that was set by this first scene was the clichéd dialogue. Even the recent Batman franchise gave us intelligent speech, but fortunately in this new darker Superman film, good actors overcame the lame conversation.

Many years ago (more than I’d like to admit to) I did an acting class where in one lesson we were given real soap opera scripts. Our challenge was to read the dialogue naturally. I felt for these actors as they presented the subtext, rather than dialogue. But as always when the main market is teenage boys, the words are dumbed down.

I must credit Henry Cavill in the title role for his seamless American accent. Before I even realised Jude Law was British, I saw him in eXistenZ  and only once heard a syllable out of place. And an American accent isn’t easy. Most of us try it and sound like we come from the deep south.

For most part I enjoyed this reinvention, but at one point the film sadly goes downhill. During major confrontations with the baddies, the overuse of CGI made me detach from the action. It was like watching someone else play a video game and hoping there was someone around to make conversation with. I struggled not to fall asleep. I fondly recalled the Christopher Reeve versions where General Zod goes in search for ‘Planet Houston’, and the female villain gets excited at the prospect of finding ‘more men, to kill’. Comedy and light heartedness ruled in these earlier interpretations, treating us to one liners and visual jokes like the montage of snap happy Japanese tourists at the start of the Niagara Falls sequence.*

Eventually these un-engaging scenes ended and we were back to the main first chapter in this franchise, with a sexy Clark Kent arriving at the Daily Planet. Let’s face it – he’s hot! And in casual dark clothes and black framed glasses, well, um, let’s just say my imagination will be busy for some time.

I also loved (as others have mentioned) the references to the Christian saviour. Just as in the original (and best) version of The Day the Earth Stood Still, a messenger comes from the heavens to save Earth. Kal El is 33 years of age and is sent by his father to be raised by a childless couple. At one stage as a boy, he leans against a wire fence with his arms spread out, crucifixion style, as the local bullies torment him.

I’m looking forward to the next film actually having a writer that can write dialogue, and action that doesn’t leave you cold. All up I give this film 3 stars as even with its shortcomings, it still is a good (if not great) movie.

* The Japanese tourists and many other one liners were featured in the versions seen in Europe and Australia. For some reason Americans watch shortened versions of these older Superman epics, with the comedy being watered down. Network Ten here in Australia used to have the full 70mm print of Superman II which they screened in 4:3 for many years until Channel 9 took over and only gave us the American cut.

From Wikipedia – “In 2005, several Superman movie fans attempted to bring the film closer to Donner’s original vision by creating their own professionally-made video restoration of the International Cut and offered free DVDs of it on one of the many Superman fan sites, but their efforts were thwarted by Warner Bros., who threatened legal action.”

Read a review and breakdown of the ‘International Cut’ here – http://www.supermanhomepage.com/movies/movies.php?topic=sup2-RIC-review

Dear Warner Brothers, as Superman II is a cult classic, why not repair the version that I loved in the cinema? Even the Donner Cut doesn’t come close!

Blog by Kevin Klehr, author of the Drama Queens novels. READ THE REVIEWS 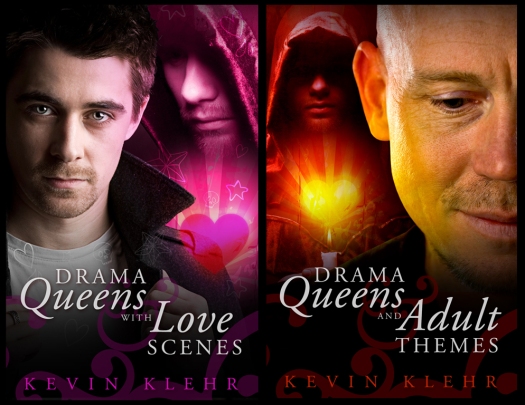