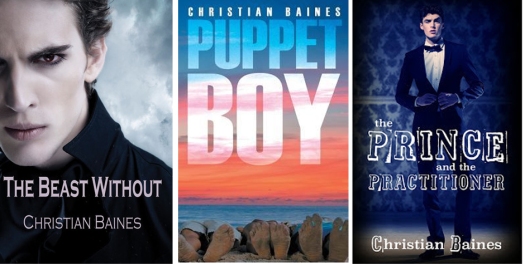 Happy…for as long as it lasts and then some.

In our search for Happily Ever After, are we selling short the joy, friendship, and intimacy that can come from a quick fling?

When we talk about romance and relationships, we tend to put a lot of pressure on ‘Happily Ever After,’ or HEA. Especially in Australia right now, where the fight for same-sex marriage equality is still going on, this idea of couples growing old together – and being recognised by law – has never seemed more of an ideal to the LGB community. Even if many Aussie same-sex couples can already look back on twenty, thirty, forty or more years together, that legal recognition is so close right now, we can taste it. Hopefully it’ll soon be available to all Australians.

But what about the relationships that fail? Or the ones that have a shelf-life from the start? The ones that last just a few short years, weeks, or even hours? As someone who’s been technically living out of a suitcase, moving between cities for almost four years, it’s a ‘dating’ reality I’ve been dealing with for some time.

These short-term attachments can change us too, sometimes for life. To deny them that is to lock out a big part of what shapes our views, thoughts and fears when it comes to love, attachment, vulnerability, and ourselves. Without wanting to dent anyone’s white picket fence dream, satisfying romance is not all about ‘the one.’ A love that lasts only a few days can still be an affair to remember, depending on how much the two (or yes, more) involved open up and are willing to engage with each other.

For young gay and bi men in particular, sex can seem all-surrounding and all-consuming. Apps, bars, sex venues, eye contact, silent glances and smiles at strangers (for those under 30 reading this, that’s called ‘cruising’)…It can be overwhelming, and so can the questions. You don’t want to be a ‘slut’ but you really want to play. You don’t want to be sex-negative, but you also don’t want it to dominate your whole life…but isn’t gay life all about the sex? No! Wait! What about my HEA? Aren’t I just supposed to find ‘the one’ and settle down with a puppy until we register for our nuptials and adopt a baby? Fuck! Even Kurt from frickin’ Glee has a boyfriend and he’s seventeen! What’s wrong with me???

Calm down dear. Of course Kurt has a boyfriend. Kurt’s whole raison d’être is to show little gay boys that nothing is beyond their reach, including a loving relationship and HEA. But Kurt and his beau are still the ‘high school sweetheart’ trope, and while that does exist (and yes, it’s cool to show it’s possible for gay teens), it’s hardly the norm. If Kurt was a more typical gay boy in a supportive environment, he’d be navigating his sexuality with supreme awkwardness through his teens, then bedding half the boys in sight at college, using the apps (which would make for lousy television), getting annoyed with the apps (slightly less lousy television), getting stood up, having great sex, having bad sex, making fuck-buddies, taking stupid risks (great television), getting his heart broken, sleeping with guys in relationships…and overall, having the time of his life.

Would that make him immoral? Absolutely not (and guys, please, if you achieve nothing else as a gay man before the age of 22, at least get over ‘slut shaming’). He’d just be a young gay man exploring his sexual potential and finding out what works for him, what kind of love he wants, and what he has to offer. Most importantly, he’d be forging connections.

Rarely have I met a gay man who doesn’t have a tight network of friends he’s either dated or at least slept with. While most gay men will have many a sexual encounter with zero emotional attachment, these can, just sometimes, lead to something wonderful. An understanding. Friendship. Emotional intimacy.

Because our society has some seriously screwed up ideas about gender, men, including queer men, can be their own worst enemies when it comes to intimacy, and sex without the pressure of romance can break down barriers that we often don’t realise are there. Someone who makes you feel wonderful physically can also make you feel safe emotionally, even if it’s only for a short time.

I could dig into my own experience here, but instead (sorry!) I’m going to point to Andrew Haigh’s film Weekend, in which two unwealthy, refreshingly unfabulous, but likeable guys hook up one Friday night at a club neither particularly wants to be at (one is not even the other’s first choice), and spend the next 40-something hours in and out of bed, sharing their thoughts, desires and fears around intimacy, relationships, sex, and straight people. Oh, and we learn on Saturday morning that one of them is flying the next day to America, never to return. Spoiler alert: There’s no happily ever after. No last minute rushing back into each other’s arms. They share a tender goodbye. The guy leaves. The end.

And it’s the most important and compelling gay romance film of the last ten years.

Why? Because it reflects an experience that’s so common, yet so rarely given the credit and relevance it deserves. That experience of finding intimacy and opening yourself to someone, emboldened by a lack of consequence. There’s no ‘threat’ of HEA or commitment once your time together is up. It may sound like a cop-out in a world where HEA is idealised, but is it really? Haven’t many of us frozen up on a ‘date,’ only to find ourselves opening up about our lives and thoughts in bed with that stranger who was only supposed to be a hook-up?

Then there are the encounters that happen in open and poly relationships. Just as our partners don’t always fulfil all our sexual, emotional, and intellectual needs (I know. Gasp! But it is an incredible ask of one person if we’re realistic about it), what we seek when we open up a relationship isn’t always just sex. A random encounter or even a date with another can be incredibly fulfilling and healthy, without threatening the central relationship. It can touch something new within us, help us discover new things about ourselves or our partners, and open the door to bringing fresh ideas, attitudes, and energy back to the relationship, or into a future one.

Of course there’s the potential for drama, deceit, and betrayal (Note to self: Stop author salivating) whether the relationship is open or not. But yes, sleeping with, or being ‘the other man’ can be very fulfilling with the right man. And like a ‘short term’ encounter, we can sometimes find an openness with someone who’s already in a relationship (or outside our relationship) that otherwise eludes us. With no (or slight – hat tip to the polys out there) possibility of a HEA together, we’re able to express ourselves freely when we feel comfortable with someone, without fear of judgement or consequence.

Refreshingly, I’m finding an increasing number of gay and MM romance authors out there who are willing and able to explore these connections. Still, I’d still love to see more. If anyone needs inspiration, rarely have I seen an extra-curricular encounter used more elegantly (albeit dramatically) than at the end of the film Shortbus, which, if you haven’t seen it, should be nearing the top of your ‘to watch’ list very soon, right alongside Weekend.

There are dozens of ways a simple hook-up can grow into something more, other than a long-term relationship. It may be a friendship, a mentorship of sorts (young gay boys, if life offers you the chance to explore this with an older man – do it!), just a nice memory, or something else. Each attachment, whether it includes only one sexual encounter, many, or blooms into a fully realised relationship, can leave us with a better understanding of who we are, how we love, what we need in a partner, and yes, our sexuality.

In a world that’s constantly trying to shame our sexual appetites, or tell us we’re failures if our relationships don’t last, that’s something to hold onto with gratitude.

…and while we’re feeling grateful, thank you to the extremely talented Kevin Klehr for hosting me on the blog today. All the best to you and your readers!