It was my book, Drama Queens with Love Scenes, which had not only been professionally assessed three times when I scored my initial publishing contract, but had been developed over eight drafts over as many years. This is not uncommon for first novels.

But then the real pain began.

Her first issue was ‘show don’t tell’. It’s a trap novices make if they don’t know better, and it’s important because telling your reader everything bores them. But when you give them the words to paint their own picture, their own imagination allows them to get hooked on your book.

In the submitted manuscript, the first words that describe Allan’s lodgings in the Afterlife were simply –

I sprawled out on the plush red sofa, gazing at the antique harlequin money box in the display cabinet.

I wanted to admire his light brown skin and his alluring dark brown eyes enhanced by the furnishings.

Pardon the camp tone, but after a bit of reworking an actual description emerged as highlighted in this fan art – 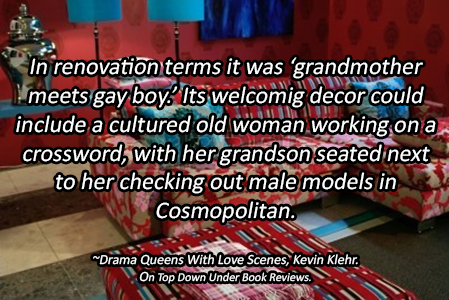 Clean endings to my chapters was the next thing my editor said was wrong with my manuscript. I would end each chapter, as if it were its own individual story. Mary quickly informed me that while a reader may enjoy the chapters, it won’t compel them to return to my book. Each chapter must end on a cliffhanger. That was the start of a scene by scene restructure.

“There’s something strange about this storm,” Mary said, as she wandered to the bar to mix herself another cocktail.

It always had to be –

“There’s something strange about this storm,” Mary said. She wandered to the bar to mix herself another cocktail.

This style that has stuck with me, even though another editor referred to it as ‘stage direction’. I sometimes break this rule, but I read another novelist who does this, so I generally stick with it. Why? I’m not exactly sure. Somehow it seems cleaner. 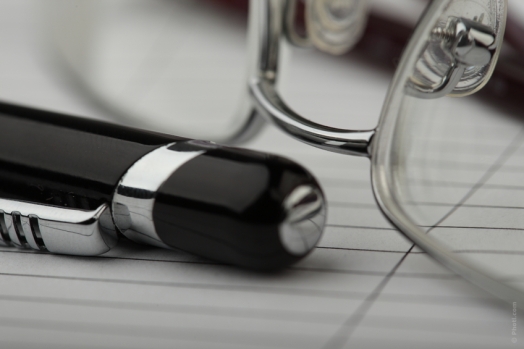 While I loved working with my editor, I had grave doubts on this new structure. Reluctantly, I printed my completed manuscript and read it straight through in two days.

Mary was right. The book was a hundred percent better.

So the rule is – always trust your editor! They do know best. That was the only time I worked with Mary Belk. Not long after the book’s release she left us for that writer’s retreat in the sky. And although we only communicated in text, she left an impression on me, and my writing.