It’s time for a confession. Some years our Christmas tree doesn’t go up. We may have to travel to see family straight after working all the way up to the holidays so, as no one is going to visit, it stays in its box in the garage.

Maybe I’m getting older and sentimental, or maybe it’s because we have a few new decorations, but I decided it was time to get back into the spirit of the season. 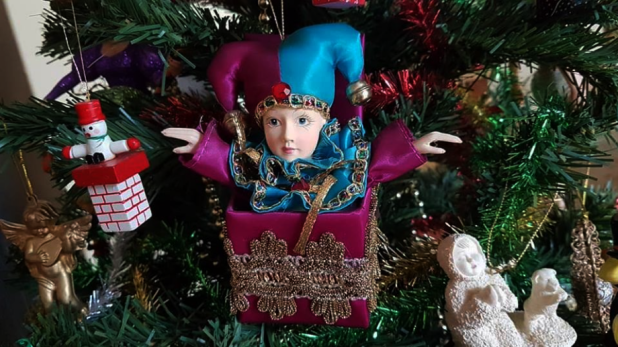 So today’s blog is about our decorations, the idea partly stolen from a recent blog by Canadian writer, ‘Nathan Burgoine, and partly because I’ve been doing Instagram posts of our decorations and it seemed like a good idea.

Above and below are images of harlequins that we bought during post Christmas sales at David Jones (for those outside Australia, it’s a ‘fancy’ department store). So now comes my ‘first world problems’ gripe. It’s hard to find Christmas ornaments this beautiful here in Australia anymore. These are nearly twenty years old and have never stopped being my favourites. 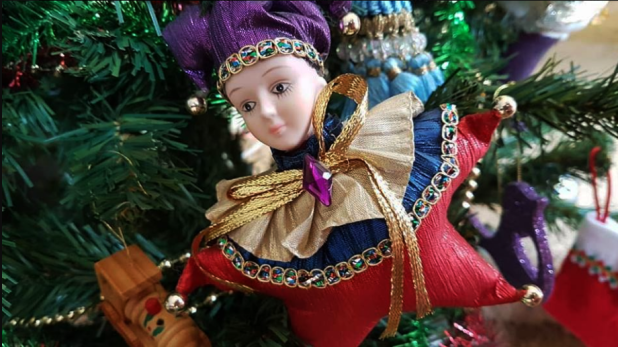 The little fella below is an ornament a friend hid down his pants. Seriously! How this fragile thing didn’t shatter is beyond me.

My partner took me to Cirque du Soleil as a birthday present last year. This guy was based on one of the main characters in the show, and although I fell in love with him in the gift store, I decided to buy the soundtrack album as a memento instead. So my partner bought it and gave it to our friend to hide. He rushed off to the toilet and buried it under his jeans, leaving his shirt loose over the top. Thankfully, it survived. 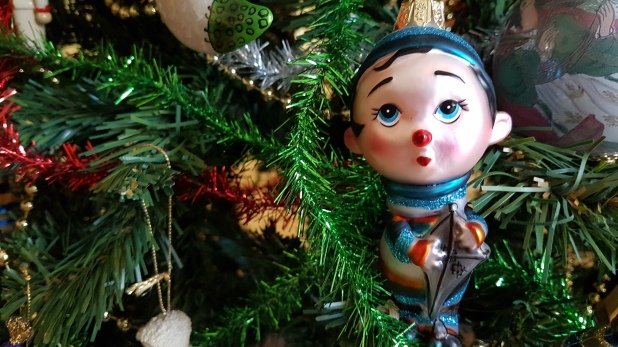 Many gay guys have discovered Diamond Mermen (imagine the Village People extending into a larger singing group and each of their characters being immortalised with a sparkling fish tail), and although we’ve bought three from the range, only one of them is a merman. Come to think of it, we’ve only bought these on trips to America and its always a challenge to repack our suitcases to bring these home in the large boxes they come in. 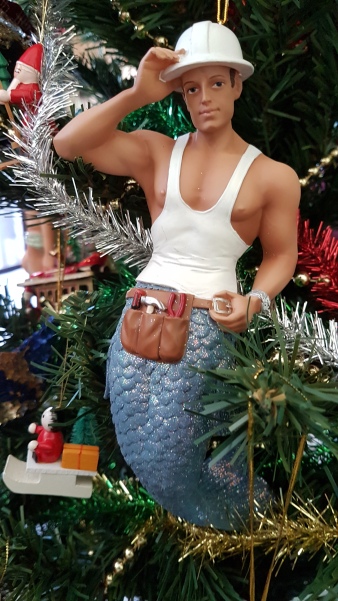 Also in the Diamond Merman range was this guy. If you look closely you’ll see this Jesus style ornament has green fairy wings on his back. This was discovered on (you guessed it) a trip to the US. I caught up with author, SA Collins, while visiting San Francisco back in September and when we passed a Christmas shop, well, I didn’t stop at just window shopping. And yes, I know Jesus should be represented as a newborn at this time of year, but look at it this way, at least he’s represented somehow as part of our Christmas. 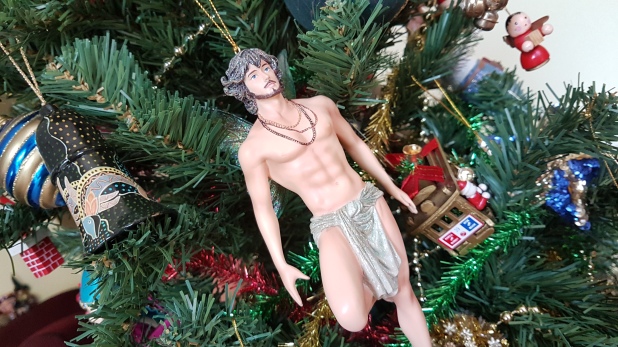 There’s more ornaments on the tree I can talk about. There’s more I’ve seen overseas that I’ve never bought including one based on Kiss’s Gene Simmons. Yes, Kiss make Christmas decorations!

But I’m glad the tree is up this year. Often we are too busy that Christmas suddenly appears before we’ve made an effort to be part of it. I miss the days when we genuinely slowed down toward the end of November and shopped and drank too much. And we found time to catch up with everyone we worked or played with before the day of family arrived.

So putting up the tree this year was my way of getting a little of that back. 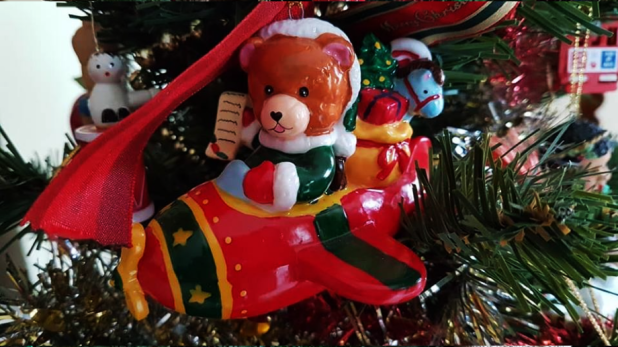