Rebecca Langham has several things in common with me. Firstly, she is a fellow author at NineStar Press. Secondly, she is Australian and lives north of Sydney in the Blue Mountains. Thirdly, we’ve both been emailing each other frantically because we are going to promote our sci-fi books (mine comes out in March) at the Supanova convention in Sydney in June.

Rebecca’s debut novel, Beneath the Surface, is the story of alien outsiders and a human named Lydia, who finds a different reality about those who live beneath the surface to what she was told.

So welcome Ms Langham to my blog as she talks us through the paradox of science fiction.

I started writing Beneath the Surface to write the kind of story I wanted to read. What kind of story is that? Yes, it’s one with female main characters who are attracted to other women, but who also have positive, complex relationships with the men in their lives. I’ve read so many stories in the #lesfic world where the men end up sexually assaulting the women and/or completely disregard or denigrate their same-sex attractions. You won’t find much of that in Beneath the Surface.

There are no simple ‘good guys’ or ‘bad guys’ either, though people of course do things that we could judge as either moral or immoral.  It’s also a story driven by character and world-building, with a gradual and subtle sense of evolution for my leading lady, Lydia, who’s biggest flaw is her passivity, her blind acceptance of the world as it is presented to her by those in power. 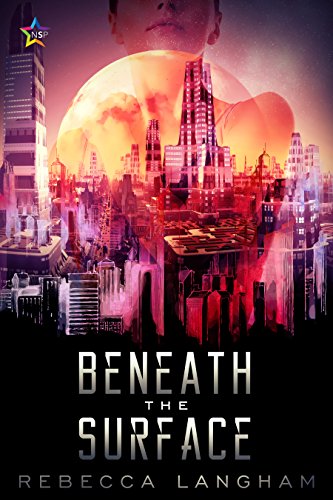 Beneath the Surface is not a story for those who look for action, horror, or thriller elements in their sci-fi. It is a classic style of literary genre fiction, looking to explore some elements of our zeitgeist – the spirit of our times. Culture. Politics. Power. Greed. History.

I also started writing this book because I was inspired by the multitude of strong female and queer writers and characters I was seeing more and more of out there in the world of fiction. Inspired…but also frustrated. I love the warrior women (Xena, Lexa…yeah, don’t start me on Lexa), but I wanted to see more women who were strong because without a weapon. Masculine traits (which are, of course, not just for men!) tended to be used to symbolise female strength. Whilst this is a good thing, and I want us to keep seeing women who can kick ass – literally – there was a trend where that was the main way to represent female empowerment in sci-fi. Or maybe I’m just reflecting my own book, movie, and TV show choices here. Hmm. 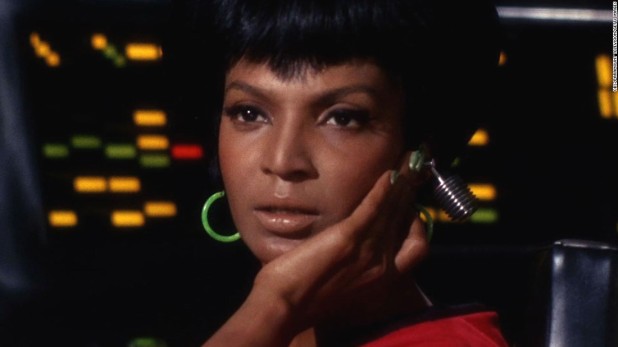 Sci-fi has a long history of breaking ground when it comes to inclusivity. Martin Luther King Jr’s conversation with Nichelle Nichols is a famous and poignant example of how important representation can be. Not only did MLK convince her to remain with Star Trek as Uhura because of the power of representation, she then went on to become involved in advocating for NASA to include both woman and African Americans in the space program as astronauts.

There are countless examples of powerful representations of gender, sexuality, culture, politics, power, and historical forces through science fiction books, films, and TV shows. Sci-fi pushes into areas of human identity that most genres are unwilling to explore, as we can use distant settings in time and space as a means to examine that which is actually right in front of us.

At the same time, there’s been a long history of the androcentric in sci-fi, with female writers struggling to get their stories out there. Those who critiqued Mary Shelley’s Frankenstein without knowing the writer was a woman, were largely impressed by her work. However, consider this response from The British Critic:

The writer of it is, we understand, a female; this is an aggravation of that which is the prevailing fault of the novel; but if our authoress can forget the gentleness of her sex, it is no reason why we should; and we shall therefore dismiss the novel without further comment.

It may have been 200 years ago that this novel was gradually released, but the genre is still one that’s characterised by a paradox of both inclusion and exclusion, with most award-winners being men and most protagonists also being men. Women are often included as part of an ‘ensemble cast’, and usually there are less of them than their male counterparts. 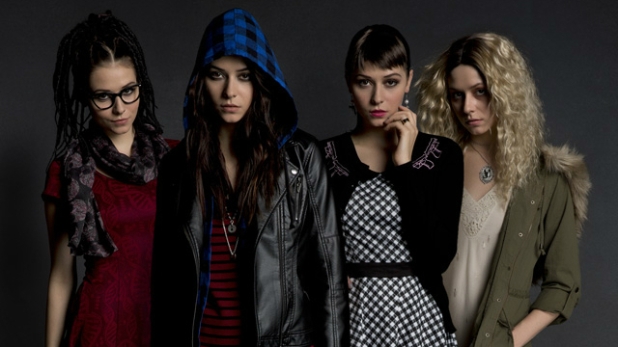 It’s an exciting time, though! Stories that feature a female protagonist are, slowly but surely, being recognised, promoted and accepted. Some of these are even written by women, too. Gender and sexually diverse characters are also appearing more frequently than ever before both on the page and on the screen, though there’s still a sense of trepidation from major publishers and producers when it comes to putting these characters anywhere other than on the periphery. TV programs like Orphan Black and Lost Girl, however, have been immensely successful, helping to prove that people are interested in female leads that aren’t strictly heteronormative. I can’t tell you how excited I am to see a female Doctor (Who)! Women, people of colour, LGBTQIA+…characters and writers alike are venturing into a new space in sci-fi where quality stories both by and about minorities are being produced in ever-increasing numbers.

The next few years look to be bright in the world of genre fiction. I’m so proud that my novel, which may not be for everyone (but hopefully it will resonate for a few readers out there), will contribute in some small way to finding a way to break the paradox of sci-fi as one of the most inclusive, yet exclusive, genres.

Thanks to Rebecca for popping over to my little spot on the web. If you’d like to know more about this talented author, check out her website at www.rebeccalangham.com.au.

And check out her novel at NineStar Press or grab an old fashioned paperback from Amazon.