My guest blogger today is fellow NineStar Press author, Rian Durant, author of a new novella titled Midnight Twist. The story sounds whimsical. It’s a short read about a contract made between Jaydon and a cheeky demon. Throw in an ever increasing number of demons in Jaydon’s apartment and a gay relationship that needs some care and you know you’re going to have some fun with this one.

In her guest blog, Rian muses over one of her favourite tropes.

Do you know what’s the common thing between Vathek by William Beckford, The Master and Margarita by Mikhail Bulgakov, The Picture of Dorian Gray by Oscar Wilde, Kuroshitsuji by Yana Toboso, Death Note by Tsugumi Ohba and Souls for Sale by Asta Idonea, except that these are some of my favourite reads?

Yep, it’s THE Contract, the good old contract with the devil (or another similar entity in the culture explored) of selling your soul in exchange for getting what you most desire and getting it now.

It’s a reoccurring theme in many myths, books, paintings, and other forms of art, and surely in such already lost to us. In the last century (sounds kind of weird referring to 20th century this way, no?)  it gained huge popularity, so much that according to Wikipedia at one point Anthony Boucher, editor of The Magazine of Fantasy & Science Fiction, “reported that fully 50 percent of his unsolicited submissions consisted of deal-with-the-Devil stories or “formalities of the hereafter“, which as often as not involved the Devil”.

So why bother writing again and again about the same old theme you might ask?

Because it still fascinates me! Judging by the stats, it does the same to lot of people. There’s something about that topic…  In a way, this is the story of our society, isn’t it?  It’s like getting a credit for something very expensive, without a clue how to cover it, or trying the eighteen new cocktails your favorite bartender came up with in one night, without even thinking about the morning.

So a demon comes and offers to give you your heart’s desire on the spot… Hell, yeah! What about your soul? My what? Oh, never mind, I’ll think about that later.

If you think, I’m sliding down the “serious topics spiral”, it was not my intention.

I just stopped by this wonderful blog to present my short, quirky demon, err… novella. It does contain THE contract, but there is nothing serious about it, really. No angst, no sultry demons or graphic punishment of bad boys. 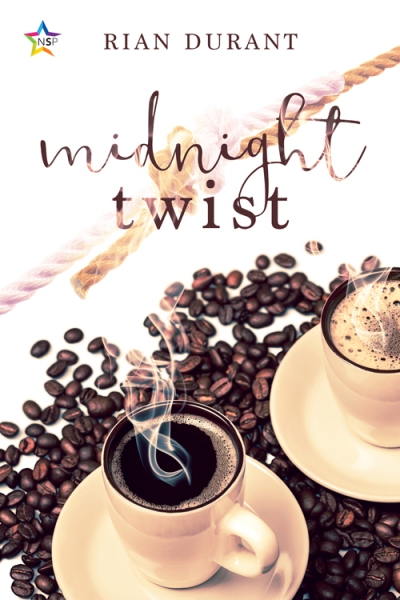 Midnight Twist is a comedy containing demons crazy about cinnamon cookies, misunderstandings, lots of dialogue, cheekiness and sweet romance. If you want to see my twist of the soul-selling topic, be my guest.

Thanks Rian for dropping by. She describes herself as a writer roaming the MM fiction sphere, but she doesn’t like being confined by (sub)genres and categories. The only rule she believes in when it comes to life, love and writing is to do everything with passion or not at all.

Check her out socially at: