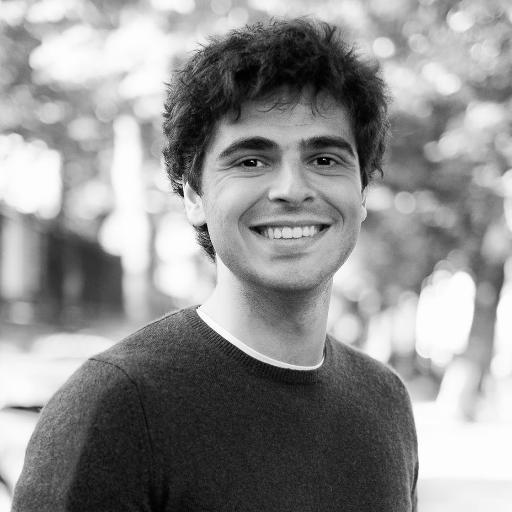 He is a co-founder of Reedsy, a marketplace that connects authors and publishers with editors, designers, and marketers. Emmanuel dedicates most of his time to building Reedsy’s product and is interested in how technology can transform cultural industries.

One of his blogger friends at Reedsy contacted me and offered several ideas for a guest blog. This was my favourite from her compelling list.

We’re probably all familiar with the most famous tropes of science fiction, right? Robots. Time travel. Outer space. In short, things that seem extremely far-flung from anything that has to do with us at this moment.

Yet, though readers tend to drift towards science fiction for an escape from reality, the truth is that science fiction has always been deeply rooted in the present. Its ties with political ideas and real-life conflict particularly shouldn’t be ignored, and many actually argue that science fiction is inseparable from politics. So how have we seen this manifest in some of the most famous sci-fi books in our past? Let’s take a stroll through five sci-fi novels shaped by real-world politics. 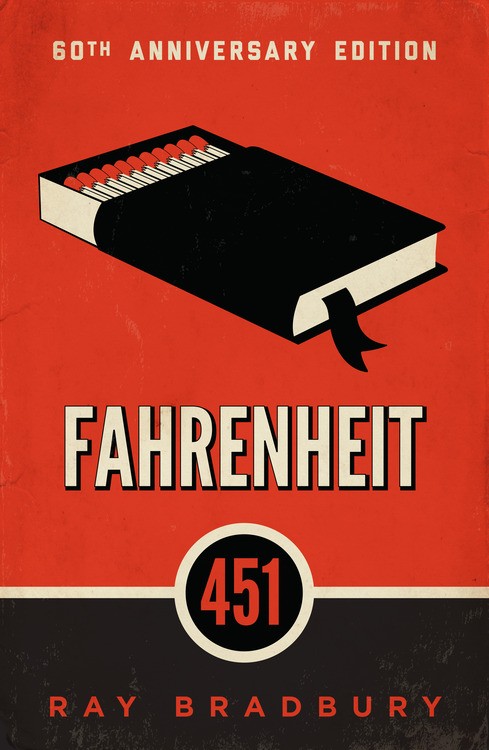 You probably already know this seminal book that’s regularly named on all-time best science fiction lists, but in case you don’t, let’s do a quick recap: Guy Montag is our protagonist. He’s a fireman, except that that job isn’t what you might expect: it involves burning books. If you just let out a gasp at this point, that would be the appropriate reaction!

Rest assured that you’re definitely not alone, though: Ray Bradbury, the author of this book, was as horrified as you when he discovered the very political act of book-burning. Indeed, this book was borne out of his concern over the partisan events of World War II and how Hitler specifically ordered books to be burned in Berlin. He later revealed:

“When I heard about Hitler burning the books in the streets of Berlin, it bothered me terribly. I was 15 when that happened, I was thoroughly in love with libraries and he [Hitler] was burning me when he did that. The reason why I wrote Fahrenheit is that I am a library person and I am in danger of someday writing something that people might not like and they might burn. So it was only natural that I sat down and wrote Fahrenheit 451.”

In short, it’s thanks to the political upheaval of the 1940s that we have this great cautionary tale of book-burning today — in case we ever need it as a warning (or a premonition) again. 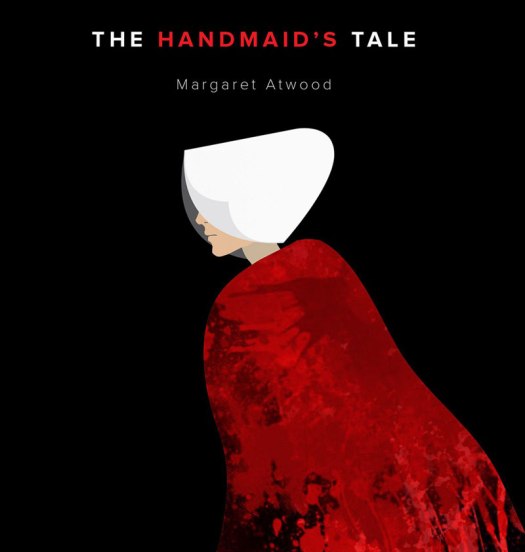 The Handmaid’s Tale is set in the future where a military dictatorship has established itself in the United States. That’s fine — that’s the premise of most dystopian novels, in fact. However, what sets The Handmaid’s Tale apart is that its dystopia is rooted in a patriarchal society, religious fanaticism, and a vision of a world in which women have no rights at all.

Chillingly, Margaret Atwood admitted that she wrote The Handmaid’s Tale with one rule in mind: that she “would not include anything that human beings had not already done in some other place or time, or for which the technology did not already exist.” She justified this by saying that she didn’t wish to be accused of misrepresenting human behavior. But, in the process of doing so, she created a stunningly bleak world that was discomfitingly inspired by real-life influences. In Atwood’s case, these stemmed from her knowledge of 18th– century America and her study of totalitarian governments during World War II — all of which we see manifest darkly in The Handmaid’s Tale.

That said, history repeats and The Handmaid’s Tale is today a terrifyingly prescient book in terms of its themes, warnings, and vision, which should make us feel just as troubled as it made readers feel three decades ago. 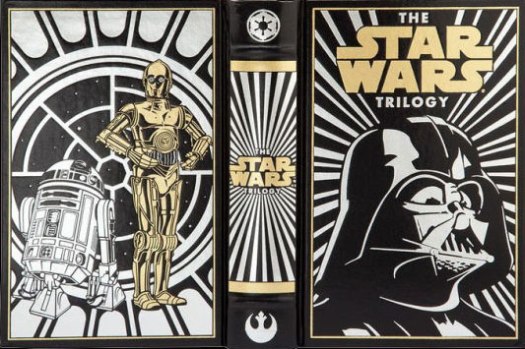 Star Wars isn’t technically a novel, but its status as one of the most groundbreaking science fiction works of all time (and master of cliffhangers) is immense enough that I thought I should include it on this list. To answer the question at hand: yes, Star Wars was undoubtedly shaped by real-world politics. Indeed, George Lucas based much of its mythos and central plotline on history, particularly World War I and II. Stormtroopers were actually specialist soldiers who defended the German Empire in World War I — called strosstruppen.

More than that, Lucas took direct inspiration for Emperor Palpatine from the era in which he lived. In “The Making of Star Wars: Return of the Jedi,” someone asked if Emperor Palpatine was once a Jedi. Lucas’ reply? “No, he was a politician. Richard M. Nixon was his name.” He went on to wonder how democracies get turned into dictatorships, and, as he answers himself: “Democracies aren’t overthrown: they’re given away” — a thought that became the cornerstone of the entire Star Wars saga. 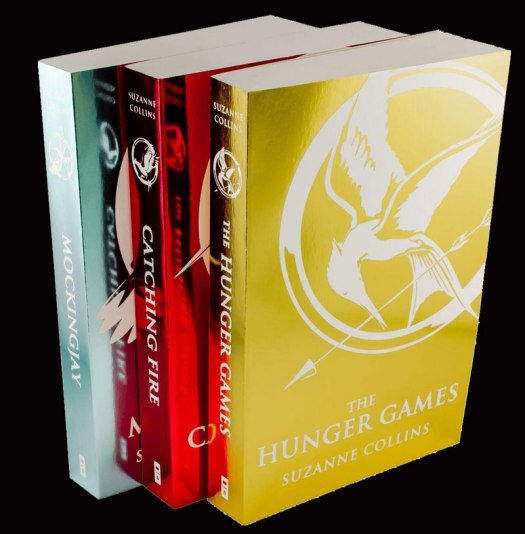 For a modern tilt on this subject, look no further than one of the juggernauts of this decade: Hunger Games. A dystopian science fiction novel set in the future that pits young “tributes” together in a pseudo-Coliseum to fight to the death, it swept across worldwide bookstores and irrevocably changed the face of YA speculative fiction.

The story of how it came into being is even more interesting. Suzanne Collins, its author, was reportedly inspired by two major factors: reality TV and the media coverage in the United States of the Iraq War. In her own words:

One night, I was lying in bed, and I was channel surfing between reality TV programs and actual war coverage. On one channel, there’s a group of young people competing for I don’t even know; and on the next, there’s a group of young people fighting in an actual war. I was really tired, and the lines between these stories started to blur in a very unsettling way. That’s the moment when Katniss’s story came to me.

In this case, it wasn’t the politics itself that shaped the novel, but the handling of said politics made an impact. Which is no less significant, considering the extent to which the media dominates our political climate today. 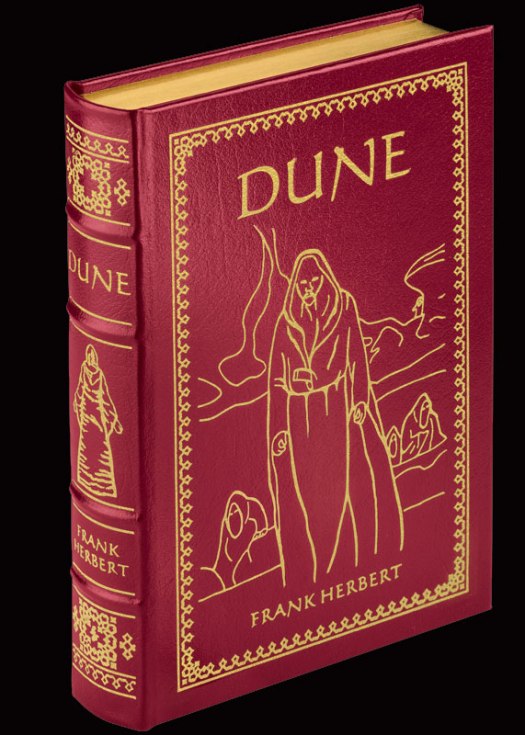 Dune, as you might know, takes place on a desert planet called Arrakis. Because it’s a desert, water is expectedly scarce, making it one of the most precious natural resources in the world.

With this in mind, it might not be a surprise to you to learn that Frank Herbert was actually an environmental scientist before he started writing Dune. He was deeply mindful of the effect of urbanization upon the natural world, especially during the 1960s when an environmental movement over pollution was rapidly rising and leading the national conversation. Indeed, Rachel Carson’s seminal publication of Silent Spring, which raised awareness of pesticides and other such ecological concerns, was published only three years before Herbert completed Dune.

Herbert embedded these eco-conscious fears into Dune — bringing about an entire new subgenre of science fiction called “cli-fi,” or climate fiction. Such prominent authors as Margaret Atwood would follow in his footsteps with Oryx and Crake. And their concern is forebodingly prescient as well, considering the water crisis in Flint — and the hundreds of other concerning environmental problems around the world — at the moment.