Last week I posted a blog about a lunch I had with Max Vos (who’s in Australia taking a holiday) and with Nic Starr. In the post I talked about how it’s important to share knowledge when it comes to the craft of writing. This week Max does just that.

Welcome to a new series of guest blogs with advice. We will meet different authors over the next couple of months with their own tips, but to begin, let Max tell you what keeps his readers engaged.

So… a needle pulling thread. No, not that kind of sew, just… so…

One of the many pitfalls of writing is homonyms. I recently released a book where there was a mistake like that. Fowl instead of Foul. After four beta reads and two rounds of edits, no one caught it. That doesn’t count all the times that I’d reread it as well. Being an author isn’t always easy and mistakes do happen.

Kevin has asked me to come and talk about writing tips. I’ll tell you a few things from my experience… the previous is the most recent mistakes I’ve made. It wasn’t the first screw up I’ve made and I’m sure it won’t be the last.

Let’s see… where to start…

The one thing that I’ve learned, well that isn’t exactly right, it is something that I’ve always done, is to write for yourself first. You’re never going to please everyone. Everyone gets bad reviews. Everyone will have that one reader who will never get what it is you’re trying to say, and that’s okay. But when you write for you, from your heart, your story will always find a home and thus, readers.

A reader will become more captivated, more involved in a story when you, the writer, write your own story. Another writer, who I admire, recently did blog post stating that he’d finally gotten it. He also wrote – “While other authors had told me this this, I tried to please my readers, which really didn’t work.” His last book was written for him and his fans got it. It sold better than the ones where he had tried to target at a specific group of readers, trying to give them what he thought they wanted.

Writing is a craft…

If you want to become an author, learn your craft. Recently I’ve had the pleasure of beta reading two relatively new authors. The stories were good. The plot was good. Their voices were clear and distinct and they were a joy to read. The only problem was that they were chock-a-block full of beginner’s mistakes. I know. I made them too when I first started out.

My suggestion would be to seek out a creative writing class. I did it for a little while and I got a lot out of it. I was also able to talk to other potential authors, and some who had already been published. The most important thing that I’ve learned is that you will never know it all and I’m constantly learning things. 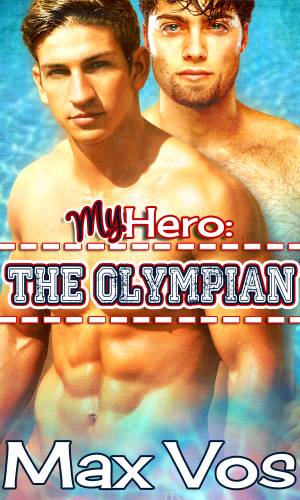 Another thing that I would highly recommend is to read, read and read. It doesn’t matter what you’re reading, as long as you are doing it. I’ve started to read something, finish it, lay it aside, and then go back and reread it. The second time I read it I try and pay close attention to things like tag-lines, verbiage, sentence structure and the overall story. Did I like it? Why did I like it? Did it feel real? What did I learn or take away from the writing style? All things that I now try and look at within my own writing.

My other suggestion would be to just write. Do it every day no matter how much or how little. Just get in the habit of doing it. I do my best do that. I don’t always make it happen, but I can always tell when I’ve taken a few days off. Sometimes what I write is total crap, but I use that as a learning tool.

Recently I went back and read something that I’d written several years ago, when I first started out. Oh holy hell was it bad. Remember those two writers I mentioned earlier? Oh they are so much better from where I started. The stuff I did back then was so, so bad, that I’m now embarrassed to even look at it now. But I will go back and look at it from time to time just to judge how much I’ve learned over the last few years. I suggest anyone who decides to write a book do the same thing. It does help I think.

One of the most valuable tools I’ve found are beta readers. Do not ask your best friend, or anyone who will tell you, “Oh it’s wonderful.” Get someone who will be honest and not afraid to hurt your feelings. IF they do not hurt your feelings, even it is just a little bit, then find someone else. No kid gloves here. You need that honesty to learn and to grow. It isn’t easy. It does hurt, I won’t kid you, but it is probably the most invaluable tool that I’ve found.

Research. I personally love doing research. Make sure that you have your facts correct because sure as hell, when you don’t, there is going to be someone out there who will call you on it. When I was working on P.O.W., I thought for sure that some government agency was going to come knocking on my door and drag me away, never to be heard from again. Yeah… when researching the Taliban, male rape and electrical torture, I thought for sure someone would come looking for me. In the end, it made the story much more believable. I will admit, that some of the things I saw gave me nightmares, but again, I think that came through in the story.

It has been said before, but I’ll say it again here: everyone has a story to tell. It takes dedication, patience, determination and the openness to tell it, but it is there. Not everyone will do it. Not everyone can do it. Aww, but the satisfaction of having done it is life changing. Never in a million years would I have ever considered myself a published author four years ago. It really has changed my life.

If you think you have what it takes, then I say, go for it.
“Life is a banquet and most sons of bitches are starving to death.” – Auntie Mame

Thanks to Max Vos for sharing what he knows about writing. To find out more about Mr Vos, check out his website or connect with him on Twitter or Facebook.

Elaine White will join us next week. CLICK HERE to read.