A friend of mine is big on numerology. She told me that since my last birthday I have entered a year where I’m going to be more proactive. She’s right. Something has definitely changed.

If you’re familiar with my blogs you’ll probably know two things. The first is that between each draft of any of my books, I let three months go by before I return and review. In the meantime I’ll go back to another novel and rework that one. The second thing you may know is that I downloaded Scivener recently and have been using it to write about a middle aged man who has a younger lover that only appears in his dreams.

I’m really looking forward to writing the next two chapters of that work, especially as there’s a party scene coming up. Yet it’s been put on hold. Why? I had this urge to complete two other works that have been around for a long time. At the moment I have five books at various stages of completion, and the two oldest were calling to me.

In the past month I have been reviewing the third in my Drama Queens series, Drama Queens and Devilish Schemes, as its been sitting around for years wanting to come out of the closet (or the very least, the electronic folder that it lives in).  It was up to third draft stage, and although I was happy with it, there was something that I wasn’t sure about in relation to the main characters’ motivations. 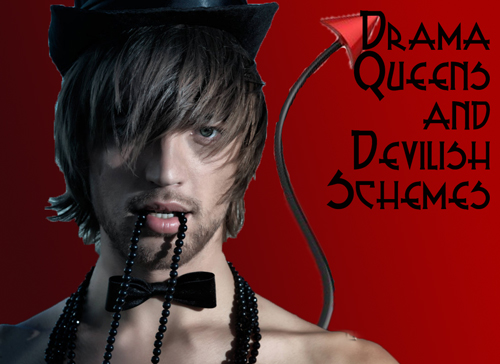 But recently I came up with a new plot twist that helps the ending make more sense. In the past week I’ve been editing it more and more and after writing this post, I’ll be slowly working through the last third of the book writing in the fresh subplot.

The other book that I’ll be reviewing over the holiday season is a dystopian tale, and although I’ve farmed it out to several beta readers over the past six months, none of them have read it. This afternoon I’m logging onto a webinar about building tension. I can take a hint. This tale needs reworking.

I intend to release both these novels next year, and if all goes right, an additional two will also be available by the end of 2017. Some indie, some traditionally published.

Someone once said to me when I was in my twenties – “You’re halfway through life when you realise it’s a do it yourself job.” And in an age where there are so many avenues to get my work in front of readers, it’s time I took note.