He’d been sitting inside my laptop for a very long time, but finally it came time for him to strut into the world. Friends, meet Preston.

He’s one of the characters in Drama Queens and Devilish Schemes, the third book in the Actors and Angels series. As you can see he’s fond of a top hat and pearls. He’s also a character I originally introduced in an earlier draft of Drama Queens and Adult Themes.

You see, both books were initially the same story. Gay couple Adam and Wade dealt with their mutual infatuation for Mannix, the young nude model from Adam’s art class, then half way through the manuscript was this passage:

Imagine everything coming to a standstill. Like being sexually teased, but instead of your object of desire changing his mind, the whole scenario changes. The phone rings and your mother tells you that your Uncle Patrick died. A real mood killer. It’s not that your mum is a killjoy, it’s just that the main focus of the moment has shifted.

You may consider if it is worth going ahead with the foreplay in honour of your Uncle Patrick. One last bang in memory of the old guy. After all, he did have a wicked sense of humour and you always suspected he was a closet case. But the thought that he could be looking down from above judging your actions on the news of his death, somehow kills the mood.

At this point the foreplay, and the dramas around it, went on hold. Everything I knew of my life was being revised. This, in turn, changed everything for all the people who have contributed to this tale so far. This is why I have been left to finish this story.

After I read this initial draft, one thing was evident. The story flowed along nicely, building tension between all the characters, but then the story ground to a halt. The secondary tale began as all stories do – from the start. The momentum was gone. This was sure to infuriate my readers.

So I now had two books at first draft stage, and as they were part of the same series, it was easy to link events in both. 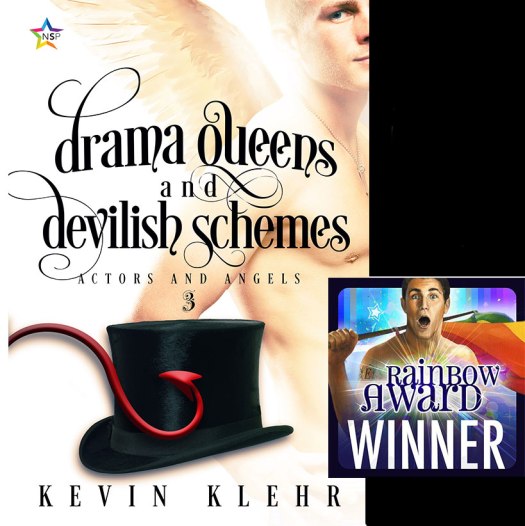 This is a luxury for an author. Subtle hints can be planted as you go back to redraft the former novel, that make the latter book make a lot more sense.

As evident by the title, Preston is the devil. He fosters a deal that could help Guy, the insecure angel, meet his parents for the first time. Meanwhile, Guy’s favourite mortal friend, Adam, is dealing with adultery.

It’s nice that this book was finally published. A big kiss to NineStar Press for putting it out there.

One Reply to “Meet the Devil”