I was listening to Kate Bush.

The track was ‘Man With the Child In His Eyes’ – a song about a mystical lover that waits for the songwriter at bedtime. It has been one of my favourite songs since its release in 1978. Natalie Cole does a beautiful cover version.

Its haunting melody was the inspiration for my novel, The Midnight Man. And let’s face it, the idea of a dream lover for a book is appealing. It already comes with its own dilemma. A romance that doesn’t exist in the main character’s waking life. 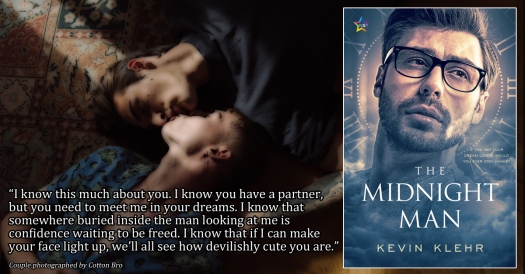 I was stuck on a title.

I asked my author followers on Twitter and most said My Dream Lover. Honestly? Um, way too obvious and romancey. I had Kate Bush in my head. She’s singing of a man with the child in his eyes. My Dream Lover hasn’t the same ethereal ring to it.

Then I asked for a title in a Facebook post and someone told me about their lover who could only visit at midnight. So, he called him his ‘midnight man’. He went on to confess being sleepy at the work the next day was worth it.

So, a really good title was found!

After several drafts I had two problems. One was a scene which I rewrote several times, and even started from scratch when I still felt it wasn’t working. The other issue was length. My publisher only does print editions of our books if they reach a certain word count. This is normal for most smaller publishing houses.

My previous book, Winter Masquerade, is only available as an eBook, but this was one I really wanted to see in print. So, I found a Beta Reader through my social media to help me.

She felt the book should have horror elements.

I saw where she was coming from. Asher, the dream lover, could have a sinister motive for wooing Stanley, which would be revealed late in the novel. It would definitely make it a page turner.

Again, I went to social media, this time asking for a character’s name that was an anagram of Grim Reaper. Someone came up with Margeri Rep. I loved it! She would be Asher’s instructor.

But when I got to the end of the rewrites, I fell out of love with this idea. It watered down the themes I was exploring in the work. 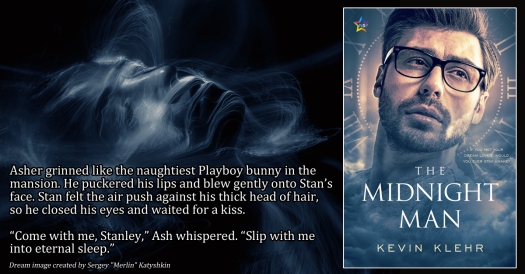 The Midnight Man is about growing older.

It’s what my editor loved about it when she offered me a book contract. Stanley, the main character, is about to turn fifty but is dissatisfied with his life. His relationship has failed and he has an overprotective mother. In his dreams he meets Asher, a twenty-one year old who gives Stan the gift of being a further five years younger each time they meet. And so, Stanley’s journey to find himself begins.

Those horror scenes were reworked into chapters that gave a glimpse of what Asher gets up to when Stanley isn’t dreaming about him. And Margeri, who is now Marjorie, is still a character, but she definitely is not the Grim Reaper.

A novel is a big commitment.

This one took about three years. But that’s the thing about writing a novel – a lot of over-thinking, rewriting, asking for advice, self-doubt, self-praise and general problem solving.

And somehow, out of this process, a book is born.