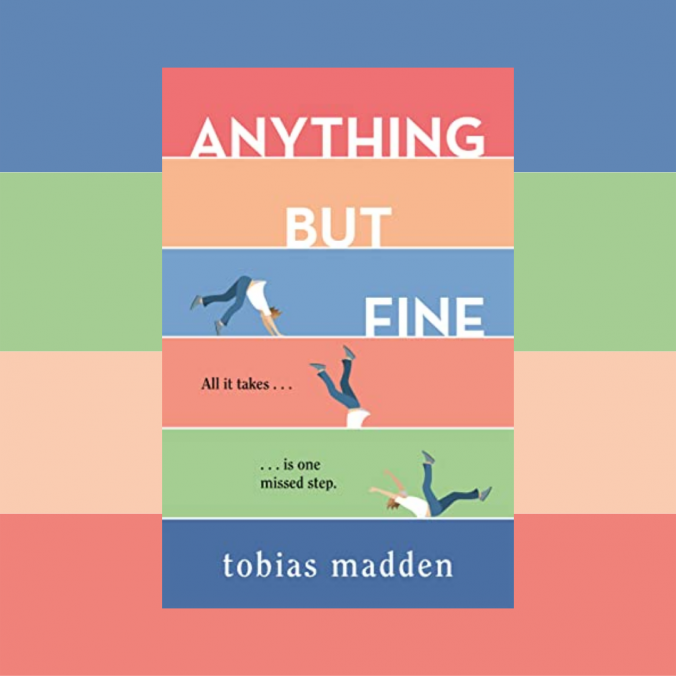 This book showed up on my socials several times and I browsed, no, I glanced at a bit of information about it. I believed it was a contemporary novel about a rising ballet star who has an accident that changes his life. Well, the last part is correct. The ballet star in question is Luca, a Year 11 student.

After he falls down the stairs leaving a ballet lesson, Luca’s dream of auditioning for the Australian Ballet School all comes tumbling down (pun intended). But this also means his scholarship to a private school in his home town of Ballarat is taken away.

He has a tendency to be over dramatic, his concerns are amplified like any student his age. He lives with his widower father and can’t remember much about his mother. And when he has to start going to a public school, his private school attitude has to change.

But at the heart of this, the book is a Romance. Jordan is the love interest, a gorgeous rowing star and school captain.

Recently a question was posed on Twitter asking authors how they edit their books.

One writer said they work towards making the book sound less like a novel. This describes Tobias Madden’s writing style in this work to a tee. It’s so well crafted it doesn’t read like a story. It reads like the musings of a teen with a bit of growing up to do.

And to be honest, I wish there was stuff out there like this when I was a teen. It’s a shame novels like this were not mainstream in my youth and it’s wonderful that they now are.

And yet, while I’d give this book to any gay teen today who needs strength to find themselves, I’d add Holden Sheppard’s Invisible Boys in with their survival pack. The latter is gritty and takes place with teens in a similar setting. Three gay boys, two in the closet, in a small town. It balances the sweetness of Madden’s novel.

As an adult reader, I’d like to give this novel three stars. But that wouldn’t be fair. It kept my interest to the end and a review should reflect whether an artist succeeded in what they set out to do. In this case, a light hearted romance aimed for a younger audience.

So, my inner teen gives this four and a half.